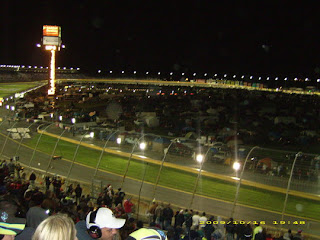 Some other sports are using built-in research to do a couple of things. To try and grow, and to get better in terms of customer relationship management. Dan Needham of Thorotrends looks at one such sport this morning: NASCAR.

This fan council is 12,000 strong, and there is a waiting list to join. It is a fan council with a twist:

While the creation of proprietary panels is nothing new, it appears that NASCAR has taken the idea to new heights and treats it more like an advisory board while skillfully blending social media with traditional research. Using this research tool, just one of many in its research toolbox, NASCAR is able to conduct more customer research at a fraction of the cost of ad hoc projects. Fan feedback on a variety of topics is measured and acted on -- important changes to the sport have been implemented to guide the future direction of NASCAR.


We have tried to do this in a small way here at HANA. Our survey's are a part of that. The problem is that we are not NASCAR, we're horse racing, and horse racing patrons, gamblers and fans are simply not energized like NASCAR or football fans. Other than the obvious - our gross numbers are much lower - there is what appears to be another reason: Decades of being ignored. From a Sports Illustrated article way back in 1963:

Racegoers may well be the most put-upon and the least represented of groups. Last winter a good race writer, discussing a proposal for the conduct of racing and an increased take, said that "for once all parties concerned" were in favor. He listed the parties, and nowhere was there a mention of the most numerous—and financially most indispensable—party: those whose dollars keep the totalizer flickering. The Jockey Club and tracks, stockholders, management, state commissions and their association, officials, horse owners and trainers, riders, jockeys' agents, veterinarians, farriers, mutuel clerks, stable help, concessionaires, cooks, waiters, janitors, charwomen—all these sometimes speak and sometimes act in their own interest. But not the vast, miscellaneous, disorganized racegoers—33,073,712 last year—on whose patronage the well-being of the others depends.

It seems we are at the bottom of the totem pole and have been for some time. But what we are finding of late is the opposite: Some tracks want to hear from you. We are contacted often about that. It just takes getting involved.

We are currently close to 2000 strong. What we have always envisioned is getting your voice heard and that can and has happened. We can offer a survey on a new bet that a track may be offering. We can offer feedback with a core group and subset of a group like we are doing with the Harness Racing working group (our first survey for harness racing is due out soon, so please sign up if interested). If we get enough subsets of people we can poll and survey those of you who spend most of your time on-track, or bet from home. We can get feedback from those of you who are new, or have been around for awhile or bet $2 across three times a week, or $200 across eight times a day. All these things can finally have the fan and bettor represented in at least some way, in terms of the differences between us all.

Whether it is here at HANA, or with the NTRA Players Group, or Thorofan, give it a shot. Although it seems impossible because it has not been the case for probably a century: Your voice can be heard. It should not be just for NASCAR fans, racefans are important too.
Posted by HANA at 11:35 AM