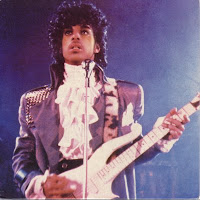 It was 1999 at a high-level meeting. Executives were taking a look at Napster, the online music sharing service. With a click of a mouse you could download music and land it on your hard drive. Sony was doing something the same, er similar..... ok, not at all similar, according to Steve Gordon, Sony's lawyer at the time: "What Sony was doing with digital in 1999 was offering two Mariah Carey singles for sale, and you had to go to the Sony Music Web site, then to Columbia Records' Web site, and then inside Columbia Records, which was owned by Sony, you'd find Mariah Carey's Web site -- and then inside that Web site, you'd find these two singles for sale, and they were both around (US)$3. For $3, you could listen to each song on your desktop, but you couldn't download it to your computer, you couldn't share it with your friends, and you certainly couldn't press a CD, or burn a CD."

After seeing just how swift and customer driven Napster was in comparison he said, "We all got the impression that we were in trouble."

So goes a story in his newly updated book, as told to the Ecommerce Times.

The interesting thing about this story is much of the music's industry's problems could have been avoided. Napster wanted to do a deal with Sony and other music producers to bring their product to market - y'know partner up and get that web synergy thing going. Of course, Sony could have chosen to compete as well and create Itunes before Itunes did. Both those ideas were quashed by an old business, in an old business model. They were going to charge $3 for a song, and make it as difficult as possible for people to buy them - come hell or high water - because that is the way things were done.

"Well, we didn't want to see the future." said Mr. Gordon. It turns out the strategy was to sue, not partner and realize the world changed.

We have a chance: Author an Internet wagering plan. Not tomorrow, not next year, now. Stop looking for court protection like Sony did or looking to sue your customers or partners; ask the courts and lawmakers for ways in which you can compete. Slash takeouts for Internet wagering now. Not by 2%, not by 5%. Cut them in half. We can not charge $3 for a Mariah Carey single, no matter how much we feel we are entitled to. Sink cash into this platform. Not $500,000 (a company doing business on the web can get $500,000 of angel financing for a basket weaving website) but big money.

The clock is ticking. Is there anyone out there who wants to try and beat the clock, or will 2009 be destined to be worse than 2008? Let's not end up like music. Let's capture a new market with a fresh new offering for customers. Do not worry about how much of the pie we each get, think about how much pie we will all get if it succeeds.

HANA needs your help. Please sign up on the right hand side of the page. We will not use your information for anything other than to contact you from time to time. There is strength in numbers. Please help us achieve a better game for the betterment to all of racing.
Posted by HANA at 9:13 PM

HANA and all the blogs on the website, all the articles, all the ideas and discussion will make a difference someday. The Internet will be our savior. I love racing.