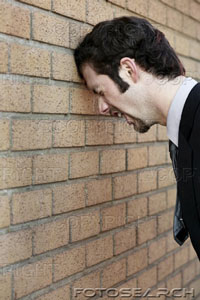 "The future of horse racing in Italy appears to hang in the balance as protesters are set to target the government in Rome this week in an attempt to secure increased funding for the sport.

"The betting model, through which money comes back to racing, is broken, and it is effectively bankrupt. As it stands, every race that is run is being run at a loss. Nobody in Italy has any money at the moment and the new minister has already made it clear that there will be nothing more for the sport."

For some background take a look at this from a July 9, 2008 article at ESPN.com:

"Caprilli Racecourse seems to offer the perfect escape for any American racing fan grown jaded or a bit beaten down by our game's current woes. It's a placid little seaside track in Livorno, Italy that may not offer the best racing but compensates for its shortcomings with its quaintness, its history (it's more than 100 years old) and its atmosphere. Last Thursday's crowd was on the small side, but there were hundreds of young people in attendance, who were, no doubt, attracted by the late post 8:50 p.m.), and everyone seemed to be having a good time. I was among them."

The problem is, too many Italian gamblers are choosing to bet on something other than horse racing. The takeout in Italy is exorbitant, as much as 40 percent on the trio, which is the Italian version of our trifecta. According to Barsotti, it wasn't always this way, but Italian racing regulators have decided to allow major increases in the takeout rate over the years.

Too many gamblers are going broke, which has created smaller betting pools. With smaller betting pools, it's hard to make a large bet. Anyone wanting to make a big wager on a horse will drive the horse's price down to unacceptable levels. That has caused big bettors to flee the game, which makes the pools smaller yet. It's an unending cycle."