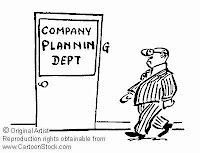 On the Paulick Report a Paceadvantage.com member wrote an op-ed to Pope's piece which we have discussed previously. It has been getting quite a few responses. There are generally two camps, one which is looking at splitting up the existing pie, and one looking at the overall growth of the pie. It is a very good discussion and shows the dichotomy between many in racing. Because we do not have a central office, these issues become a free for all, generally.

Nonetheless, it is a good read. People like Dick Powell from RGS have joined the chatter, as well as several gambling folks.

There is a massive chasm between the rest of the world and North American racing. It is vast. I personally like what Australia is doing, and hell, at least they knew who their customer was 40 years ago. This is all being implemented right now, as we speak. And they have done far better than us in 2008. It is amazing to see what a racing jurisdiction can do, if given the chance.

Reactive businesses tend to fail. Proactive ones tend to succeed. Will we be proactive in 2009, or simply keep arguing over splitting up our shrinking market share?

In Australian newspaper The Age there is a good piece on racing in Australia and what they plan to do for 2009 and beyond. It is pretty eye-opening compared to what we are doing across the pond here.

In North America we seem to be concentrating on finding ways to split the shrinking pie, or litigating racing in such a way to be protectionist. Also, very little planning seems to be occurring with Internet wagering. Often in fact, we hear the Utopian view that we will attract people back to the track, just like days gone by. Not in Australia. There they have studied their customers and have worked a plan to increase betting participation through 2020 and beyond.

Some of the snippets of the article:

On who the customer is.... "About 40 years ago, officials finally realised that horse racing revolved around gambling" This was achieved by a customer study that showed 95% of patrons were bettors of more than $40 per day. Only 5% were there to watch the horses, and they bet less than $12 per visit. We are debating in 2009, what they knew in 1969 - when a man first landed on the moon.

On where they can expand .... "The international market represents the biggest possibility for growth.... The first will be a shift to attract the enormous Asian betting market. The cornerstone of this thinking is to transfer Moonee Valley's showpiece Cox Plate meeting from day to night, so it can be run at a more palatable time in Asia and Europe." Changing post times for a new market. Would we do this in insular North America?

How will they fund this expansion? Will they fight over who pays for it? "He said the Government was willing to invest $45 million into making Victorian racing a global leader."

Banning whipping, or changing medication rules to make a safer sport. Will it be tackled or will it be a five or six year debate between 37 different acronyms, all with different views? "Racing is becoming more aware of its image. Jumps racing, which is conducted in Victoria and South Australia, looks likely to be restricted to the country venues... Political correctness now prevails, with more charges laid against offenders who have brought racing into disrepute by their actions or words. Changes are also mooted to the way jockeys ride their horses. This week, the Australian Racing Board is expected to announce a change to the whip rules, so that jockeys will only be permitted to whip their mount a certain number of times during a race."

We complain in horse racing in North America about costs for us as horse owners and venues, and too much racing, that waters down the product and dilutes purses. In Australia they address the issue, they don't just talk about it. "The number of training venues in Victoria will be slashed from a currently uneconomic 39 to 16. RVL's vision is of super training centres in strategic regions instead of costly training tracks scattered all over the state. RVL has been quiet on the topic of closing racecourses. But it appears that the current complement of 52 country racetracks and four metropolitan tracks will be deemed unsustainable."

While in North America we often complain or try to take more from people betting at home, instead of encouraging this as a reality, Australia has no problem in embracing and planning with the changing world. "While bums on seats is a good recipe for a successful racing club, authorities have identified that bums on couches can be a handy money-spinner, too. That is not to say that officials have given up luring people to the track. But authorities realise that the golden days of bumper crowds are gone."

Everyone knows the business model must be changed, correct? Over here we tend to fight about it - by protectionist policies, or looking for government subsidy to 'make' people bet racing, or by trying to hike takeouts for revenue shortfalls. In Australia, this attitude is completely different. "Despite fears that corporate bookmakers will kill off racing's revenue stream, RVL chief executive Rob Hines predicts the rise of the corporates will add to the marketplace. He said the move to deregulate advertising by wagering operators was designed to remove the protectionist attitude and encourage people to bet on a wide range of products. "We expect these revenues to add to tote turnover," he said, with the TAB continuing to be the main source of revenue for the industry. "

Also: Hines announced last month that Victorian racing was "open for business" following the release of its "Racing To 2020" blueprint for the future. "The vision provides the platform and framework for industry development over the next 10 to 15 years," he said. "Now, more than ever, it is essential that the entire industry operates with a more collective, innovative and less protectionist approach if we are to succeed and achieve our goals."

When you mention to someone in racing that you think most of our ills are self-inflicted you will get a pass the buck answer from most quarters - we can't lower takeouts, government is against us, offshore pirates are killing us, we can't change racedates or post times because of rules, and on and on. A simple question can be thrown back: If Australia can do it, why can't we?

DeanT and Cangamble,
Thanks for linking to the article, and thanks to all the HANA members who got involved in the discussion. I don’t think Mr. Pope’s agenda has been affected yet, but Mr. Paulick has certainly demonstrated his willingness to keep a dialogue going between horseplayers and horsemen.

I also wanted to say that while the teeth of the pirHANAs are sharp, so are their minds, and you guys raised a lot of good points in all three threads. I wish Pope viewed people like me as minnows rather than suckers, but I won’t carp about it.