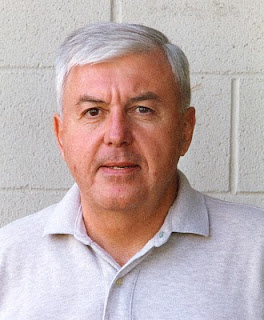 Richard Bauer, long time horseplayer and one of the original members of HANA, has passed away at the age of 70.

Richard, a US Navy veteran, is survived by his wife of 47 years, Karen Metzger Bauer; one daughter and son-in-law, Jill and Doug Dunne; two grandchildren, Kylie Dunne and Trevor Dunne, all of PA; and one sister and brother-in-law; Judie and Frank Armijo, AZ.

Richard lived and breathed horses and the sport of racing. He was as passionate a player as you would ever want to meet.

"Richard was a true horseplayer and I am truly saddened to hear of his passing."

One of the founders of HANA, John Swetye, remembered his early help for HANA:

"He gave valuable advice to me during the startup of HANA. He was a mover and shaker and will be greatly missed."

After HANA's formation, Richard's support did not stop there. He is the organizations largest financial contributor to date.

Richard, throughout the horse racing community has always been respected, even on sometimes contentious chat boards.

"Rich has been a fixture here on PaceAdvantage from the beginning. Always a very generous person, and always fighting the good fight for horseplayers." said Mike who runs the popular chat site. "I'm going to miss seeing Rich at Saratoga, drinking a beer with him, and doping out the next winner. He knew his stuff inside and out."

Most people in racing would remember Richard as the spearhead of the 2004 boycott of Magna racetracks. Richard's passion for the project was infectious and the boycott was a huge success.

In recent years Richard was a proponent for lower takeout and the elimination of the archaic and anachronistic practice of breakage. He loved Tampa Bay Downs and visited it each January. In the spring he was a fixture at Keeneland.

The Horseplayers Association of North America would like to offer its deepest condolences to the family and friends of Richard Bauer, a friend to horseplayers everywhere.

If you are a friend of Richard and would like to leave the family a note, you can via an online guestbook here. In addition, if would like to share a story or two you can below, or at the existing thread at Paceadvantage.com here.
Posted by HANA at 8:41 AM

Rich was really an inspiration, his intelligence, judgement, and passion for the sport and other horseplayers was incredible. He'll be greatly missed by many. RIP rrbauer.