I rush up to the windows with zero minutes to post to get my bet down, fumble with my selections, get sneered at for messing up by Mr. Teller, and learn that I still had another six minutes to get my bet in. “They do that at Tampa Bay” someone tells me. 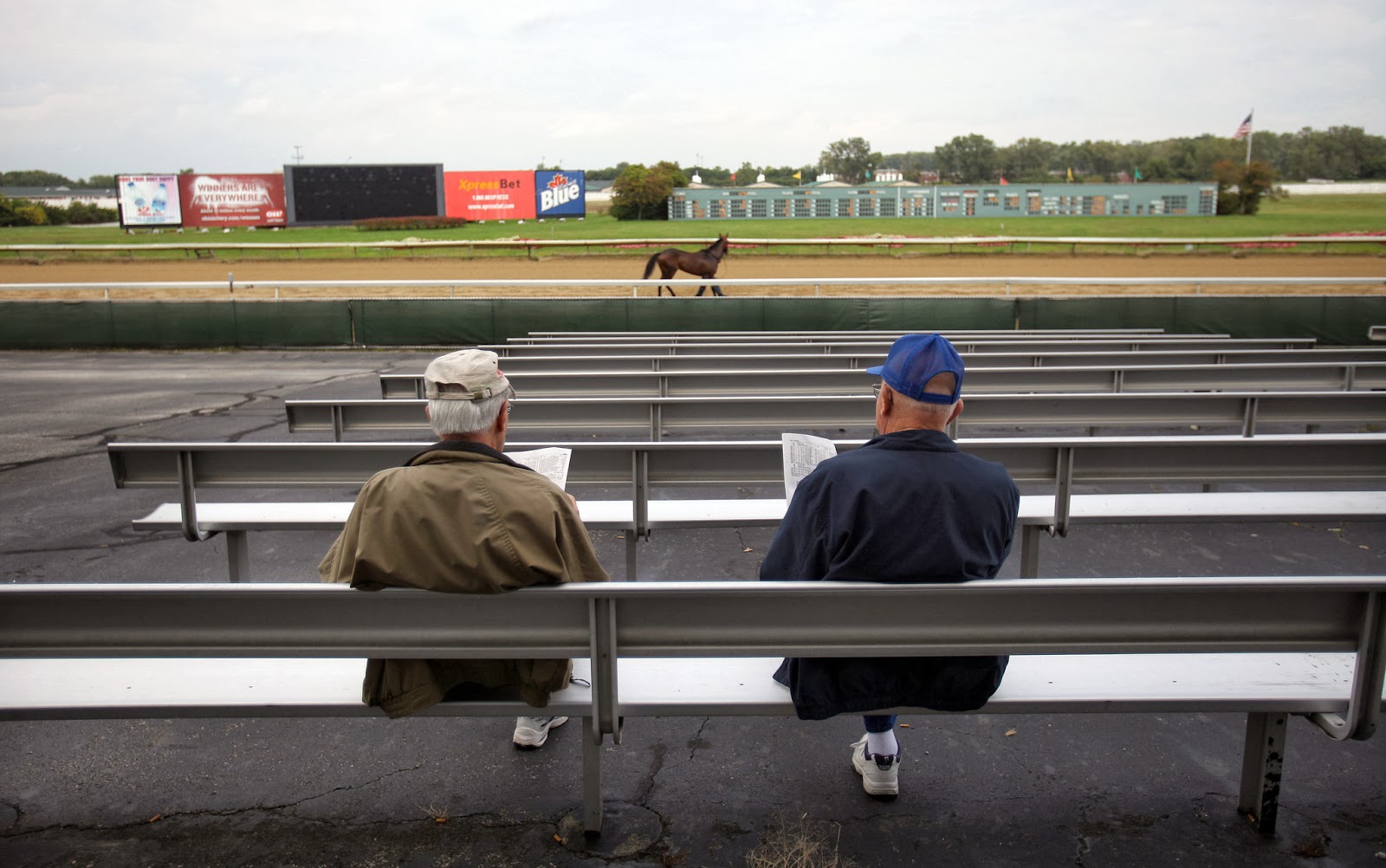 I was at the track and noticed a trainer who was suspended in a state, but was racing in another state. “What should I do” I asked. One of my friends said I should not bet because he is not “using the juice” there. Another told me that they are watching him for milkshakes so I should not bet. I don’t even know what a milkshake is, so I bet. He ran up the track. Maybe they were right.

I watch the races on a Saturday and get confused so easily. “Why do all the races that I want to bet go off at the same time” I ask. “That’s what they do here”, someone tells me.

A while back I was at the track. My horse looked to be bumped by another horse and I came second. Everyone said they would take a look at it, so I waited. Someone said “it’s the last race of the day so the judges want to go home.” Someone else said that the judges were watching a football game like they were at the Breeders’ Cup a couple of years ago. Someone else said that one of the judges probably bet the winner. I don’t know. All I know is no one told us anything, they put up the prices and I lost.

I was reading a story on one of the industry websites a couple of years ago and they told me that I should sign up for an Internet betting account because it was pretty cool. I looked into it and found one. They were right! This account gave me great service, free video and they even gave me a nice break on my takeout. Instead of losing a lot of money, I was only losing a little bit of money now. I was having fun.

Then one day I got a letter saying that because I lived in New York I could not be a customer anymore. “That happened to me in Texas” said a friend. “Me too in Pennsylvania,” said another. Ditto in Virginia someone told me. Why did they tell me to sign up when they were going to not allow me to be a customer of them? Someone told me it’s because tracks and horsemen all need more money so they raised some sort of fee. But I found that strange; I did not just fall off the turnip truck. Billions of dollars have come from slots in some of these states. They have money. Why do they have to hurt us?

“Maybe I will just go to the track again” I said, but a friend told me they were raising the price of parking and admission too. I don’t know what to do. 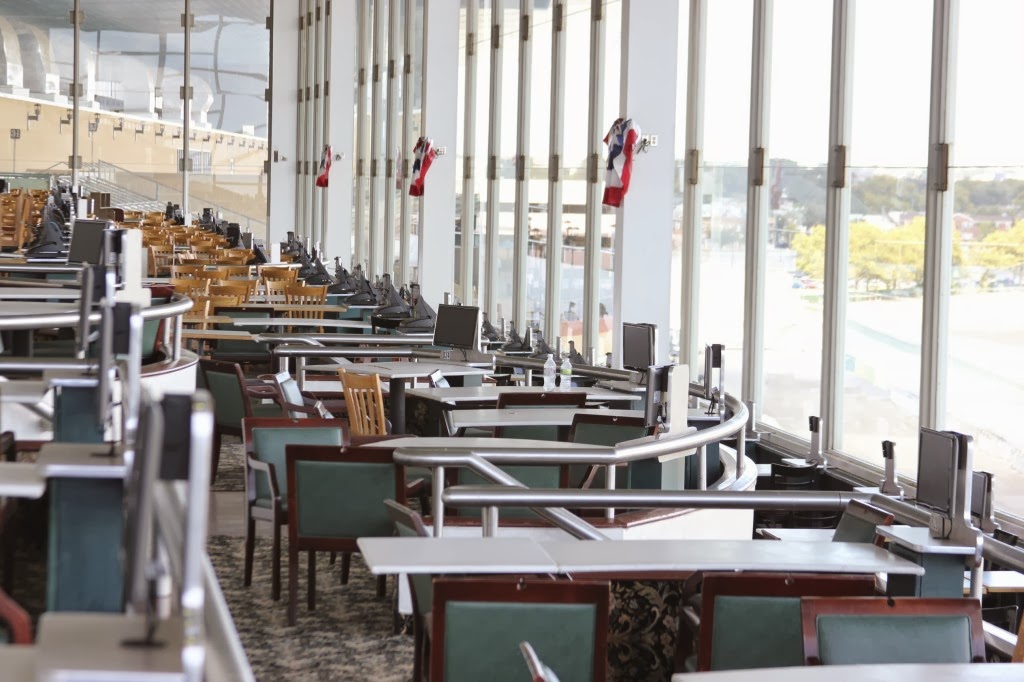 I was playing the races one day and the field was scratched from five horses to four horses. A professional gambler said I was stupid to bet a five horse field with high takeout, but I didn’t know what he was talking about. Then he told me that in the four horse field the track was still offering trifecta wagering. He said that was “criminal”. I don’t know much about math, but it does sound a little silly to have a trifecta in a four horse field. I have to watch these guys at this track, I said to myself.

I like to wake up Saturday and get my email from horse racing. Every Saturday someone is trying to get me to bet a pick 6. I try and try and try but I never hit them. I get mails for a “Rainbow Six” and people like Andy Beyer tell me that’s even worse.

Why do they always want me to bet something that I will never win? It seems mean.

In Illinois they need more money, so they added a “surcharge”. I don’t know what that is, but I figure it’s going to screw me somehow.  Why can’t horse racing pay for things themselves when they mess up? It’s complicated, someone tells me.

I’ve lived through it my whole life. Others “put on the show” and I don’t mean much. I should bet, even when the price goes too high, or they close down my online account, or they don’t show how an inquiry is handled, or when a trainer who is suspended in one place is not suspended in another or when they raise my parking prices. I’ve been through pick 6 scandals, and frog juice and signal fee hikes. I’ve been through supertrainers, and takeout hikes.

Through all that, I and people like me, have bet and paid for purses so everyone can earn a living. Those who breed and ride and train and groom and shoe horses, among others.  I have not complained.  I was doing my job.

Last week I walked through my local track. I had not been there in quite some time. A racing executive said “I have not seen you in awhile”.

"No, I haven't been betting much" I replied.

He asked, “Why, is it because our purses are too low, or is it alternative gaming taking you away? Is it because of the bad weather?”

“You probably wouldn’t understand”, I said.

I have not supported the industry for awhile, but I’m still a bettor. However, for all of you reading who are ex-bettors - the silent thousands who have left the sport forever the past ten years - let me say that I understand why you left. I understand completely.

Great Job. One of the best ever.

... and may the horse be with you always

"I have not supported the industry for awhile, but I’m still a bettor. However, for all of you reading who are ex-bettors - the silent thousands who have left the sport forever the past ten years - let me say that I understand why you left. I understand completely."

---You took the words right out of my mouth.

This post should be required reading for all horsemen and industry-insiders. I feel cognitive dissonance when I place bets because I feel like I am supporting an industry that despises me. How can serious horseplayers be expected to make substantial time and cash investments in a game where the only certainties are higher takeout, new surcharges, drug and cheating scandals, and access restrictions.

Apparently, racing's administrators have decided that their loyal customers need to pick up the slack for the one's who tired of the abuse. When they succeed in terminating my legal ADW and modest rebate, I will quickly join the ranks of former horseplayers.

I barely got my bet in while the horses were loading into the gate. My horse is a juicy 10-1. My horse breaks well from the gate and is looking strong at the top of the stretch....he is now 7-1.