This interview with noted long time gambler Alan Dinkenson originally appeared in the April edition of Horseplayer Monthly.  To read the rest of the issue, FOR FREE, please click here.

Dink was featured in Beth Raymer’s memoir Lay the Favorite, which was later made into a film that premiered in 2012. Dink can be heard each Tuesday at 10 P.M. Pacific where he hosts the Eye on Gaming sports hour at KLAV 1230. He lives in Las Vegas and is an avid supporter of Southern California Thoroughbred Rescue https://www.facebook.com/KLAV1230AM/posts/812677068794916

HM:  Can you share with us some of your history in gambling? How did you get hooked on horse racing?

AD:  Back in New York I fell in love with [1961 Derby and Preakness winner] Carry Back at the track with my dad when I was about ten. As a sports kid I found rooting for a horse like rooting for a team.  Later, in my teens, I went with my friends to Roosevelt Raceway, cashed my first bet, and not long after that I was going every night. At Roosevelt I ran into a bookmaker who told me that if I could get my friends to bet with him, he’d give me 25% back. I thought it was the greatest thing ever, so that got my mind working about gambling.

Through him I started to get into the sports betting world, and saw that people never seemed to win, so I decided I wanted to be on the right side of the line and began looking into the world of bookmaking.  I still bet racing because the pools were good and if you were smart back then you could win at the horse races. There was no other option to bet at that time and there was a lot of dumb money.  But by my late 20’s I was a prosperous bookmaker and was only betting the races on my own each day as an aside.

AD:  In the 1990’s, I mostly ran a betting business and bet less money on horse racing. When rebates came in, it helped attract me again, so I was still betting the horses at whatever casino would help out on price. With so much of my time spent on sports and the betting business, it brought me back to the Roosevelt days; I was having fun and enjoying myself with like-minded friends, but I could not do it full time. 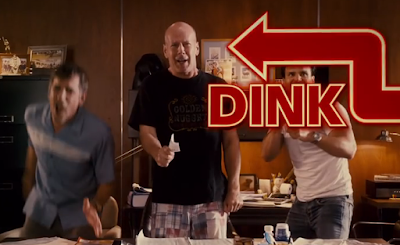 HM:  What were you focusing on, as your horse racing handle went down?

AD:  Around 2000 I started betting more on hockey. The edges were still there in hockey. Other sports were being dominated by the numbers players, math guys and big teams. I enjoyed the handicapping of horses more than any other game, but the crowd was getting far too sharp for me.  You had to dedicate more and more time and I did not have the time to put towards it. Hockey was, and is, my bread and butter.

HM:  Do you ever think of going back in time and betting more horse racing?

AD:  I always try to emulate people who are very successful in a gambling game and I don’t see too many people doing well at horse racing. The few that I do know who are making it are elite players. They’re extremely sharp and dedicate hours upon hours per week to their betting. I don’t think I can compete with them. I find gamblers overrate themselves and tend to think they are better than they are in some pursuits.  Knowing when you aren’t good enough is a good thing to know.  As well, the game has lost a lot of casual players, and pools need those to have a built in edge. Horse racing bettors are so sharp now. I often laugh when I watch TVG and hear, “I would never bet this horse at 8-5,” and see it run off the screen. That horse might’ve been 10-1 in 1980.  The odds board in this day and age is not stupid.

HM:  On your radio show and in your daily life you chat with gamblers of all disciplines. Have you ever asked them why they do not bet more horse racing?

AD:  They look at the takeout and get discouraged right away. It seems like a mathematical impossibility. When you add some of the problems in the game – perceived drugs, suspensions etc – it just seems like a mountain too high to climb.  There are other games out there to invest time in so when it comes to making a choice, most tend to choose something else.

HM:  What do you miss about not playing horse racing like you once did?

AD:  I love and enjoy handicapping, and using my mind to come up with something that’s six or seven to one with a chance to win big is a huge draw. You don’t get that feeling in sports betting where you are risking a lot to double your money.  I also enjoy live racing, and I enjoy the racing experience.  When I go to a hockey game maybe 1% of the people have a bet on the game, whereas at the track there are 95% who have a bet going.  At the racetrack I'm with the people I enjoy being with.
Posted by HANA at 11:54 AM